Came upon a sailboat race on the Wilmington River, just south of Savannah. We tried to pass them unobtrusively but there was no wind, as you can see by the state of our Looper Flag in the pictures. We were going 3 knots but they seemed to be standing still. Didn’t hang around to see who won.

Daufuskie Island once had a small native population (direct descendants of slaves brought from Africa) who lived an isolated life having little contact with the outside world. Nowadays, inspired by Hilton Head, it undergoes an extensive development of its own.

Headed for Beaufort, S.C. and its Downtown Marina. No chance to try out the dinghy. 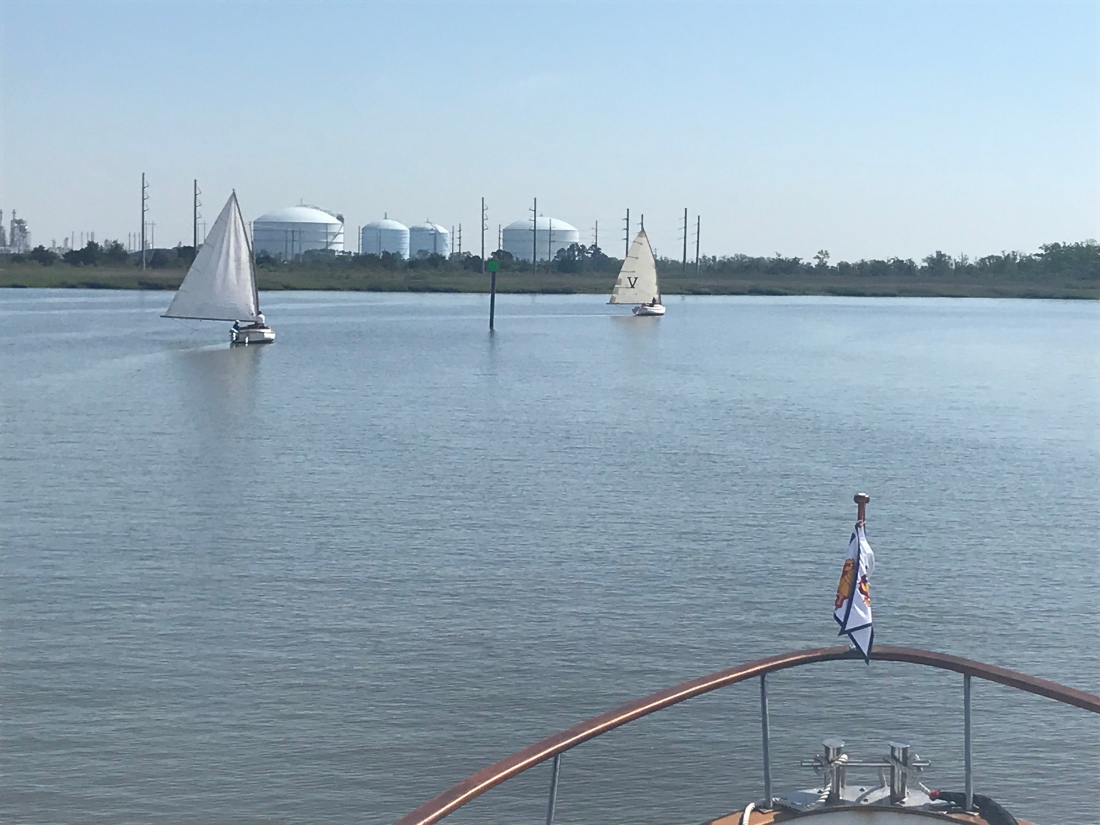 View all posts by Dreamseeker14